HOW MANY HAVE YOU SEEN?

HOW MANY HAVE YOU SEEN?

FLICKS FROM THE FORTIES

RIGHT HERE ON OUR STAGE

Throughout the years, it was quite common that when Salisbury / Rowan County movie-goers attended the local theatres, in addition to seeing cartoons, short comedies, newsreels, serials and the feature itself, they would see a live stage appearance or production.

Here is a sampling: 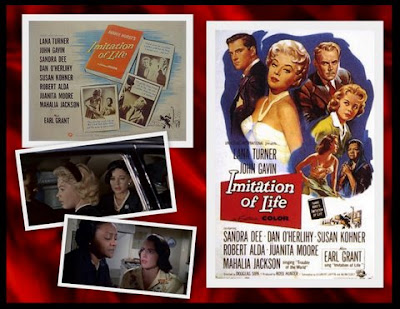 LANA TURNER, Hollywood's "sweater girl" of the 1930s and 1940s, found her career in deep decline by the mid-1950s. That was to change overnight with the March, 1958 release of the "shocking" film PEYTON PLACE, based on the humongous best-seller by Grace Metalious. The scandalous novel and movie nearly brought the fifties to a grinding halt because of their adult subject matter. Watching the film today by today's "standards," one would wonder what the fuss was all about. But times were different then.

But PEYTON PLACE was only the beginning of Lana's run as the movies' "Queen of the Sudsers."

Other films in the genre were PORTRAIT IN BLACK, BY LOVE POSSESSED, LOVE HAS MANY FACES and MADAME X. But besides PEYTON PLACE, the biggest was the 1959 release of IMITATION OF LIFE, a remake of Fannie Hurst's novel, first filmed in 1934 and starred Claudette Colbert.

The story's "hot button" dealt with a struggling white actress with a six-year old daughter who set up housekeeping with a homeless black widow and her light-skinned eight-year-old daughter who rejected her mother by trying to pass for white.