THE SEVEN WERE MAGNIFICENT 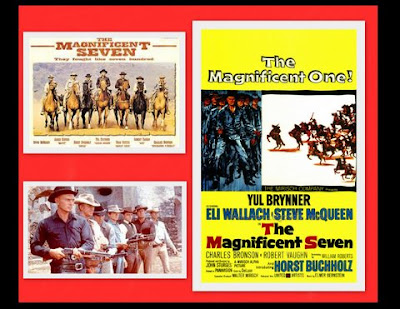 Released on October 23, 1960 by United Artists, THE MAGNIFICENT SEVEN became an instant hit at the movie box office. Loaded with western action and drama, aided by the instantly-recognizable theme by genius Elmer Bernstein, and movie-goers flocked to see this great western time after time.

The movie spawned three movie sequels, and if you look closely, you'll note that a later blockbuster film from the 1960's, THE DIRTY DOZEN, had distinct similarities (they just added five more guys).