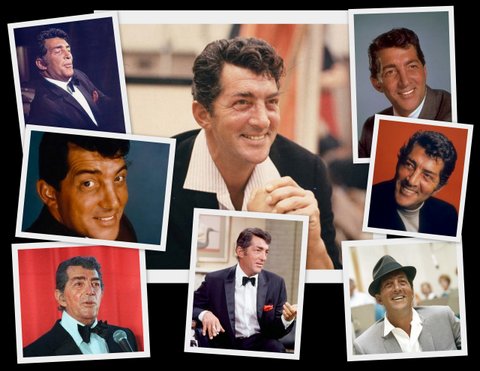 After HOLLYWOOD OR BUST in 1956, DEAN MARTIN and JERRY LEWIS went separate ways to concentrate on their individual careers.

Jerry didn't miss a beat and continued to soar. Dean, however, stumbled out of the chute. His first feature, TEN THOUSAND BEDROOMS, might not have sold ten thousand tickets. Critics lined up to write that Dean was finished and couldn't survive without his ex-partner.

His shared the screen in his next movie, THE YOUNG LIONS, with heavyweights Marlon Brando and Montgomery Clift. Dino gave a bravura performance and more than held his own on camera. Critics had to eat their words of a year earlier.

"Maybe this guy can really act," many wrote. And they were, oh so, correct.

Turns out, the crooner could do it all - - sing, dance and act. He also showed them he could be funny as well and not just the straight man.